10 Tips for the future Minister of Justice of Ukraine

23.05.2019
Громадські та правозахисні активності
Despite many positive initiatives and achievements of the Ministry of Justice of Ukraine, its further radical reform and change of leadership is an urgent issue today. The future Minister of Justice of Ukraine will face many challenges and what is more the need to form a qualitatively new agenda of the department. 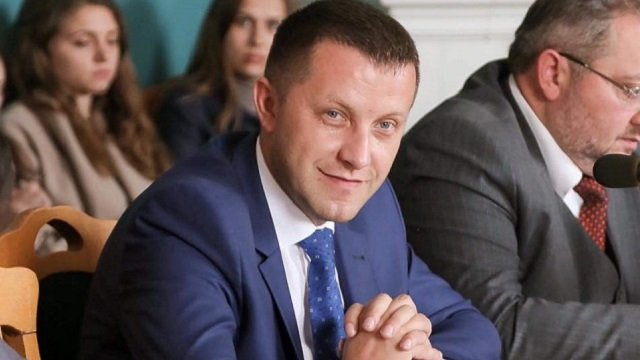 1. The Ministry of Justice of Ukraine should ensure the formation of a state legal policy.

The main task of the Ministry is precisely the systematic formation of the state policy and its realization.  The preparation of the legislation for the development of this policy should be undertaken by the directors.

The initiative of introduction of the directorates in the Ministry was primarily a failure, due to a lack of understanding of the content and essence of such a concept as "state legal policy".

Some of these initiatives have nothing in common with the direct authority of the Ministry, but are informationally positive, and therefore expedient.

There has been an active introduction by the directors and officials of the project "I Have a Right!", which was originally intended to improve the quality of legal education and culture of citizens, has eventually become an outright profanation.  When local civil servants painted IHR (I have a right) on asphalt and fences, or when they going  to beauty salons and gyms during working hours, took selfie as of the "popularization" of the mentioned above project.

2.  Elimination of a huge and not always effective bureaucratic ministerial structure.

From the reduction of nominal and unnecessary posts of deputy ministers, to the reorganization of many departments, to the waiver of a number of powers, in particular the appointment by the Ministry of the heads of the "big" departments of the regional departments of justice such as (the control department of the State Bailiffs' Service and the Department of Forced Enforcement of State decisions).

Despite the noisy reforms in the area of ​​decentralization of powers, we have an excessive centralization of the functioning of the Ministry itself.  Key departments in a "manual mode" regulate the processing of complaints in the field of state registration, audits of private executives, arbitration managers, access to professions, etc.

In principle, the existing "successful" model of the ministry structure is constructed in such a way that all "important" decisions are made at the center and in the future accumulate a corrupt resource with a "up" transfer.

The HR revolution in departments of justice was ultimately reduced to the appointment of young lawyers for small offices and the return of old and untutored bureaucrats and ex-militiamen to leadership positions.

3. Cancellation of orders by the Ministry of Justice dated January 18, 2012 No. 91/5, and dated January 19, 2012, No. 93/5, and the refusal of the Ministry from senseless checks of the Soviet format - the status of legal work and systematization of legislation in the government, state  compliance with the rules of legislation of the state registration of normative legal acts.

Imagine the justice officials going and checking the status of legal work in the regional or district state administration?

Or the state of the systematization of legislation at a state-owned enterprise that is engaged in coal mining?

Are tons of paper on non-verifiable checks of hundreds of subjects of norm-provocation in the region inefficiently spent monthly?

Who needs such verifications?  What is the effect of such inspections?

After all, how do the laws in the district state administration or the state enterprise really can be systematized?

4. Full transfer of powers in the field of state registration of acts of civil status to local self-government bodies is required.

We have a situation where in villages the respective powers are exercised by the secretaries of the village councils, and in the cities - by the justice bodies, including through the Centers of administration services provision.

But should a civil servant of the department of justice perform ceremonial functions, carrying out state registration of a marriage and being an entertainer  at weddings?  Is there such practice in the democratic states practice when personally gives a marriage certificate to the couple?  The question, of course, is open and rhetorical.

The practice of complaints commissions in the field of state registration on the local level is an unsuccessful attempt to introduce an administrative appeal institute: the commissions have been established, but their powers and work results - like a drop of water in the ocean.

The key decisions are made by the relevant commission, which was created at the Ministry - in accordance with the questions agreed with the Minister - with a moto “quickly and efficiently for the client”.

And the transfer to the online regime of state registration of public associations and political parties, mass media and community statues shall simplify citizens' lives and reduce direct contact with officials.

5. To enable self-regulatory organizations - the notary public, arbitration managers and private performers - independently, without the involvement of officials, to resolve issues of disciplinary liability, inspections and termination of activities.

Imagine the situation: a private notary with 40 years of work experience comes to the test of a "commission" of 3-5 people - young employees who have just completed the law faculty.  What is the result and appropriateness of this "verification"?

Or when testing a private executor is reduced to measuring the precision puncture hole in the files of the materials of executive proceedings?

The practice of European states implies the provision of appropriate functions to self-regulatory organizations.  So why do not our government bodies like to give these powers to professional communities?

6. Destruction of a corrupt system of disposal of confiscated property and utilization.

In accordance with the resolution of the Cabinet of Ministers of Ukraine of July 11, 2002, No. 985, the decision on the establishment of commission and / or utilization is taken directly by the state executor, and the head of the district departments approval.

Often, the disposal itself is entrusted to specialized agencies.  There are court decisions, the acts are signed.  Everything at first glance is clear and beautiful.

But there is but.

How will you successfully utilize 15 thousand kg of coffee in Kyiv in 2018?  Or the transfer to storage and "destruction" in the year of 2015 in Kharkiv of 35 arrested cars?  Or the utilization in Lviv region by burial of tens of thousands of cigarette packs?

The immediate establishment of an open register of property confiscated into state revenue (cars, household appliances, construction materials, foodstuffs, clothing, etc.), as well as property to be disposed of.  The list of such property should be openly accessible, and the transfer procedure is public and transparent).

The introduction of a mixed enforcement system has partially improved the catastrophic situation of state non-enforcement of court decisions.  At the same time, the state of execution of orders in recent years - from about 5 to 15% - calls into question the effectiveness of the final stage of the trial and justice as a whole.

On the other hand, with the salary of an ordinary state executor in the amount of 5-7 thousand UAH and the salary of the head of the regional control department 40-50 thousand UAH, a large number of executive proceedings and increase "plans" for the payment of alimony and distribution of newspapers with photographs of the Minister  - there is no motivation for quality work, let alone the material and technical condition of the district departments.

Simultaneous introduction of "dog-looking", functioning of executive procedures "on the foot", statistics "just for a tick" transforms the best reforms into ordinary acts of fiction.

8.  Elimination of territorial departments of justice and transformation them into modern offices of justice.

Existing territorial offices often perform functions of PR and event agencies, Facebook-bots factories, employment centers for relatives of influential officials, and not service functions itself, like functions for servicing citizens.

The state does not need and should not hold such a number of inefficient officials, who are mostly preparing notes and create red tape.

9. It is necessary to reload the system of granting legal aid free of charge, both primary and secondary.

The bodies of justice should be focused on the issues aimed at protection of the rights of citizens, and not only on the clarification of the provisions of the legislation.

A person, besides such explanations, needs a concrete result - a fair solution to his legal dispute or conflict.  And, obviously, the legal protection of his rights and legitimate interests.

The old system is unacceptable when cases of citizens in the courts are accompanied by former policemen and prosecutors who, after obtaining a lawyer's certificate, continue to use their "measured" values ​​and methods to destroy the trust of people in the basic values ​​- the rule of law and justice.

No less strange is the situation when the Ministry of Justice, having thousands of lawyers, spends millions of dollars paying for legal services provided by leading law firms.

10.  In the new realities, the Ministry should provide a new breath and ensure the effective functioning of the institution of forensic examinations.

The state and efficiency of the research institutions of forensic expertise is not subject to any criticism.

The conduct of forensic examinations in our state has turned into a long-time and phantom procedure, which requires not ordinary reformation, but a “shocking surgical therapy”.

Yaroslav Zhukrovsky, specially for the UP 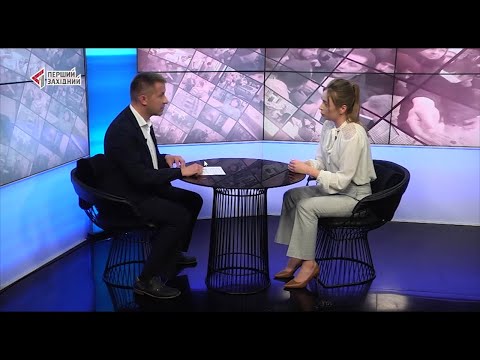 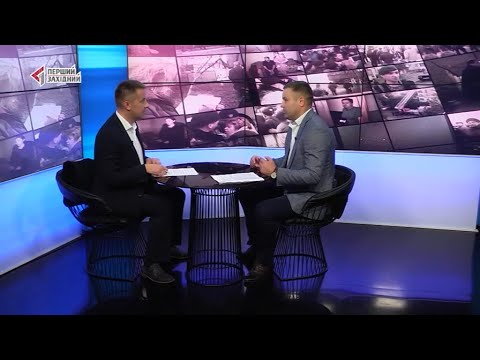 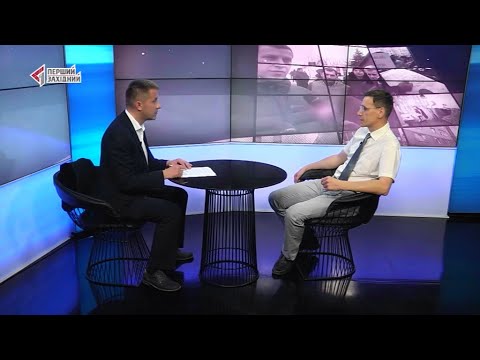 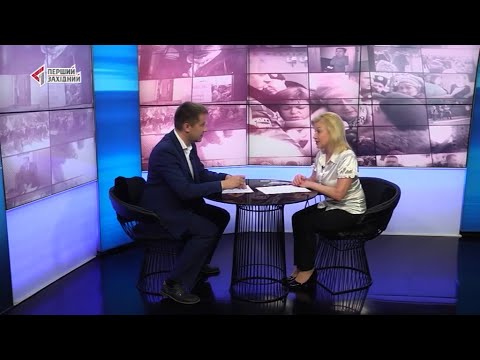 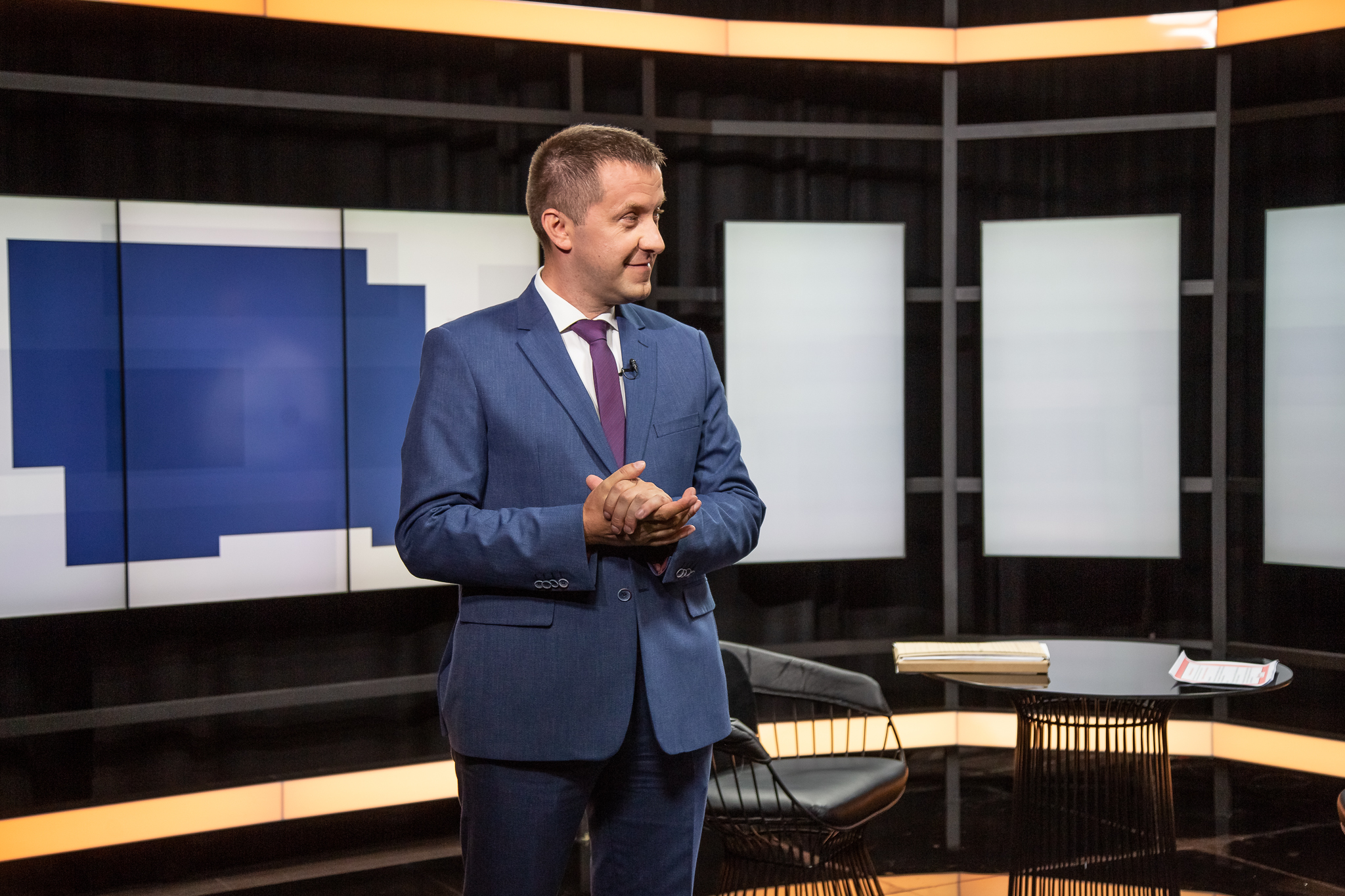 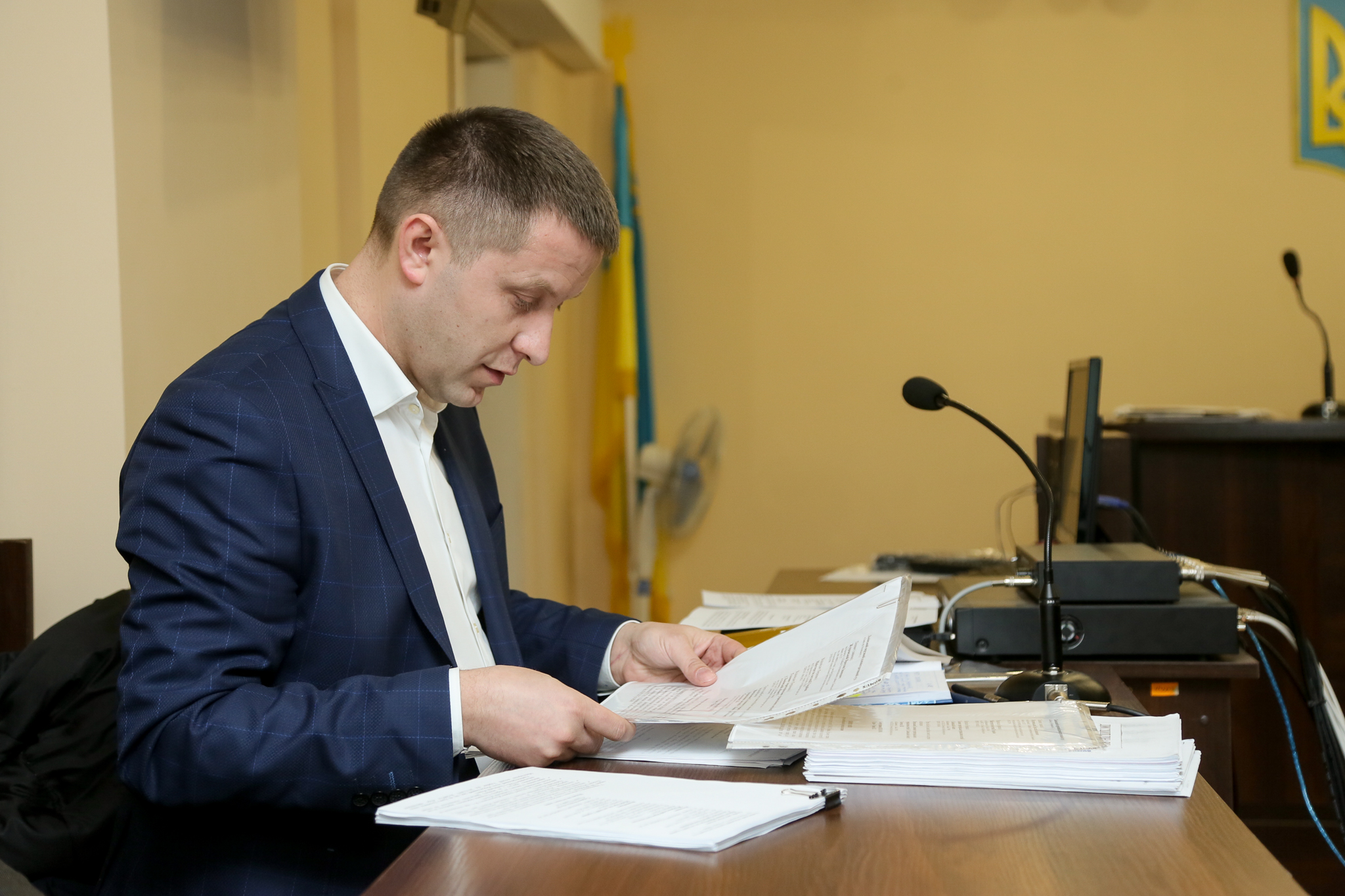 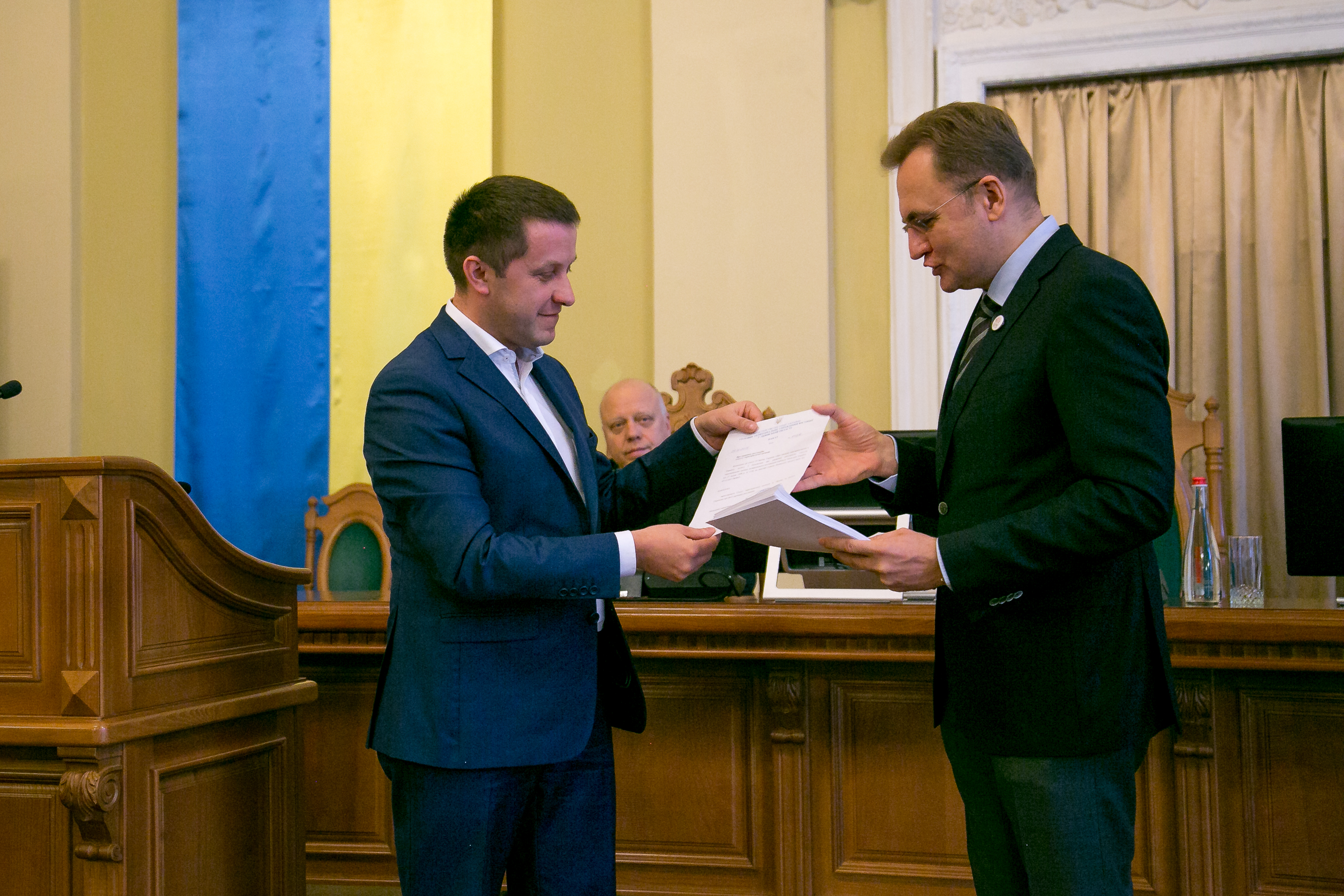 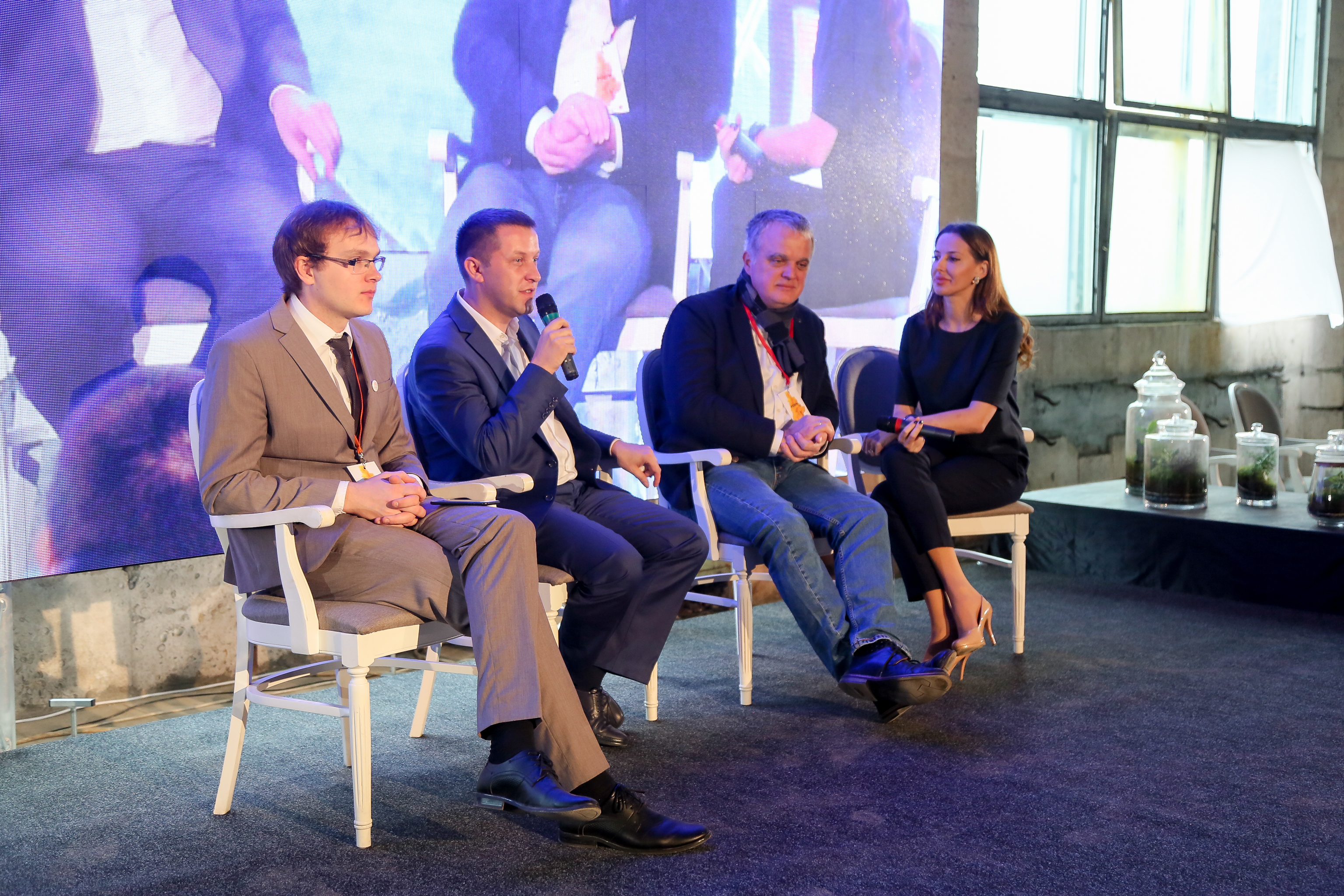 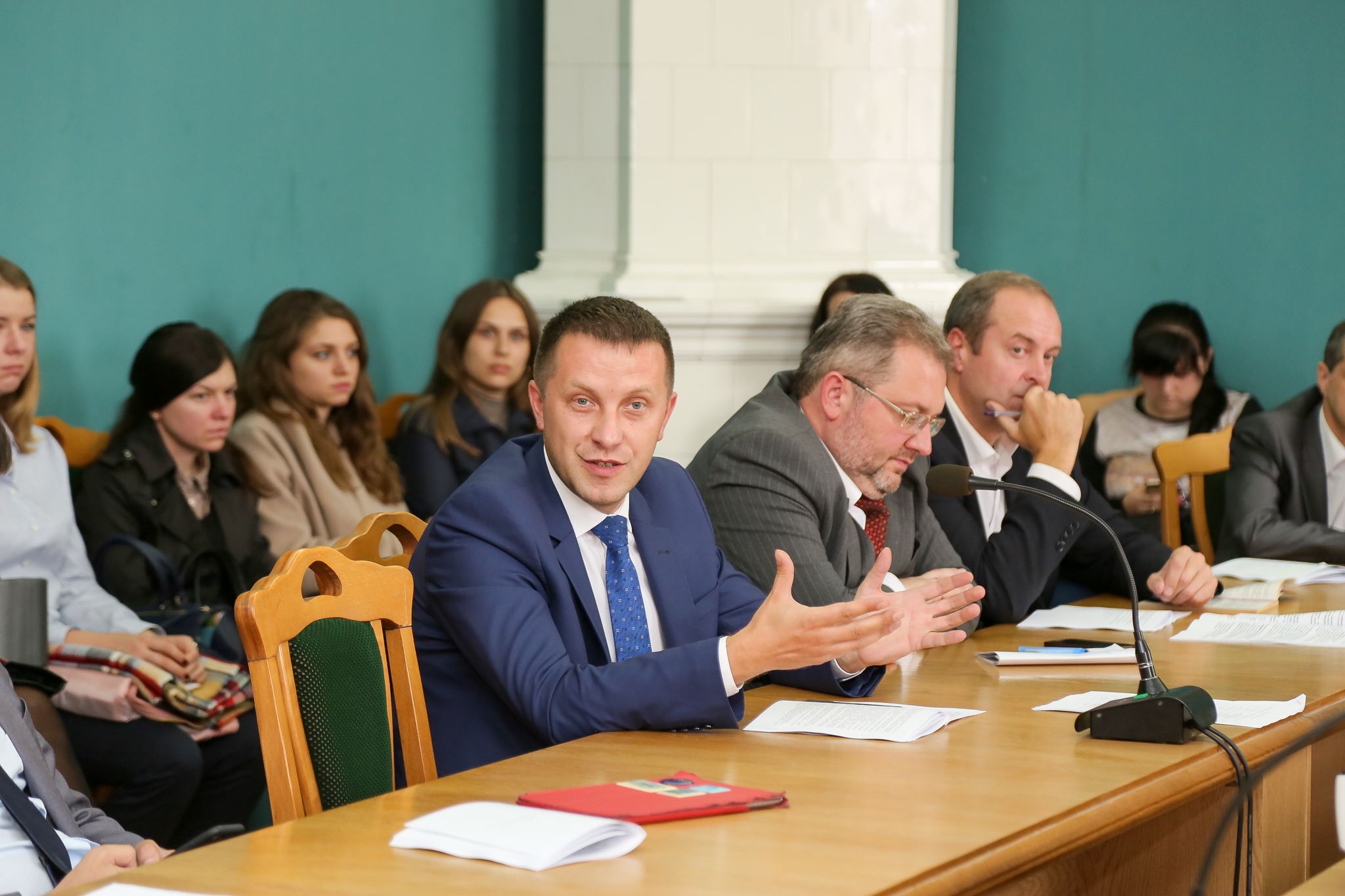 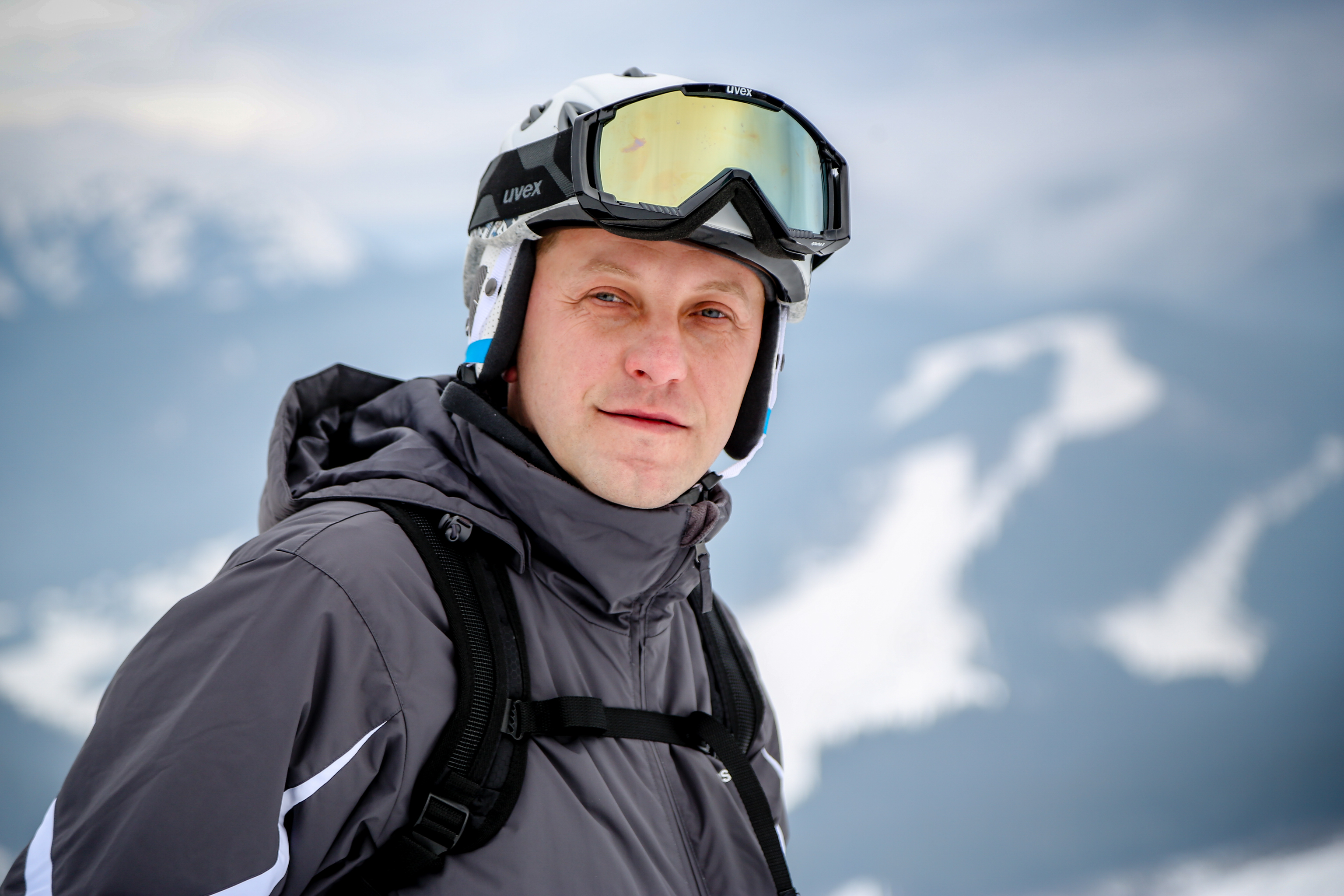